You read this right! Recently, Stars Insider, one of the U.S top magazine releases their sexiest politicians in the world.

According to their findings, Haiti’s president made the list among other countries. ” Jovenel Moise….this 50 year-old man has been president of the Haitian Republic since 2017. He is, without a doubt, the sexiest President this country has ever known!” 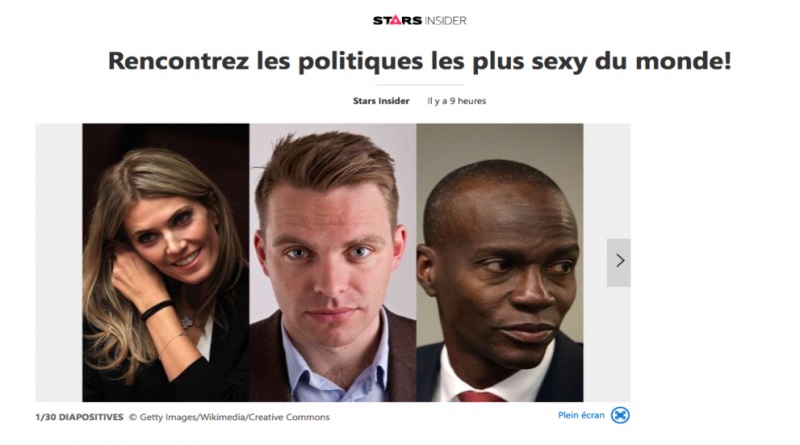 Despite the challenges Moise faces, like the recent city-wide protest because of the rising gas prices in the country, he is still able to keep his cool and remain one of the sexiest President.

”The mouth is for eating, not for sex.”, says Uganda president on wanting to ban oral sex in the country.

April 18, 2018 WKJA Staff NEWS Comments Off on ”The mouth is for eating, not for sex.”, says Uganda president on wanting to ban oral sex in the country.

Uganda president, Yoweri Museveni, wants to ban oral sex for its citizens!!! Shocking news released to the people of Uganda after their president signaled his interest in banning the nation’s citizens from practicing oral sex […]

May 7, 2017 WKJA Staff NEWS Comments Off on Emmanuel Macron wins France presidential race and will become its next president

Emmanuel Macron is the winner of the French presidential election. The first official estimate gives him 65% of the votes. His opponent Marine Le Pen, with 34.5% of the votes, again pulverizes the historic voice […]

Former presidential candidate of the Pitit Desalin platform, Jean-Charles Moïse, was heard Thursday, February 16, 2017, at the investigation office of Judge Brédy Fabien to shed light on the facts of money laundering, put At […]