The victim Nadege Noel didn’t see it coming when her husband Richard Begein or better known as XLsior betrayed her trust. They were Orlando’s Christianity couple on their famous talk show “Teach Christian To Make Love”. A show that was doing quite well, educating fellow church goers how to keep their love alive as true christians.

Now we have learned there is a love triangle that have developed and sparked an outrage within the show listeners around the city. According to a local source, the other woman involved goes by Rose Angeline Chery.

She allegedly the one who seduced Mr. Begein since she herself were a big fan of the show tuning in every night to watch Begein with his wife. At one point, Chery started sending Begein private messages and our undercover team discovered a few of the emails. One of them declaring how Chery was missing the wife’s husband.

In early January this year, Chery sent Begein this heartfelt short letter: “I wanted to take some time to thank you for being in my life. Even if you’re not with me physically, you always make sure you are here in spirit…..Richard thank you for all, may God continue to bless you.” 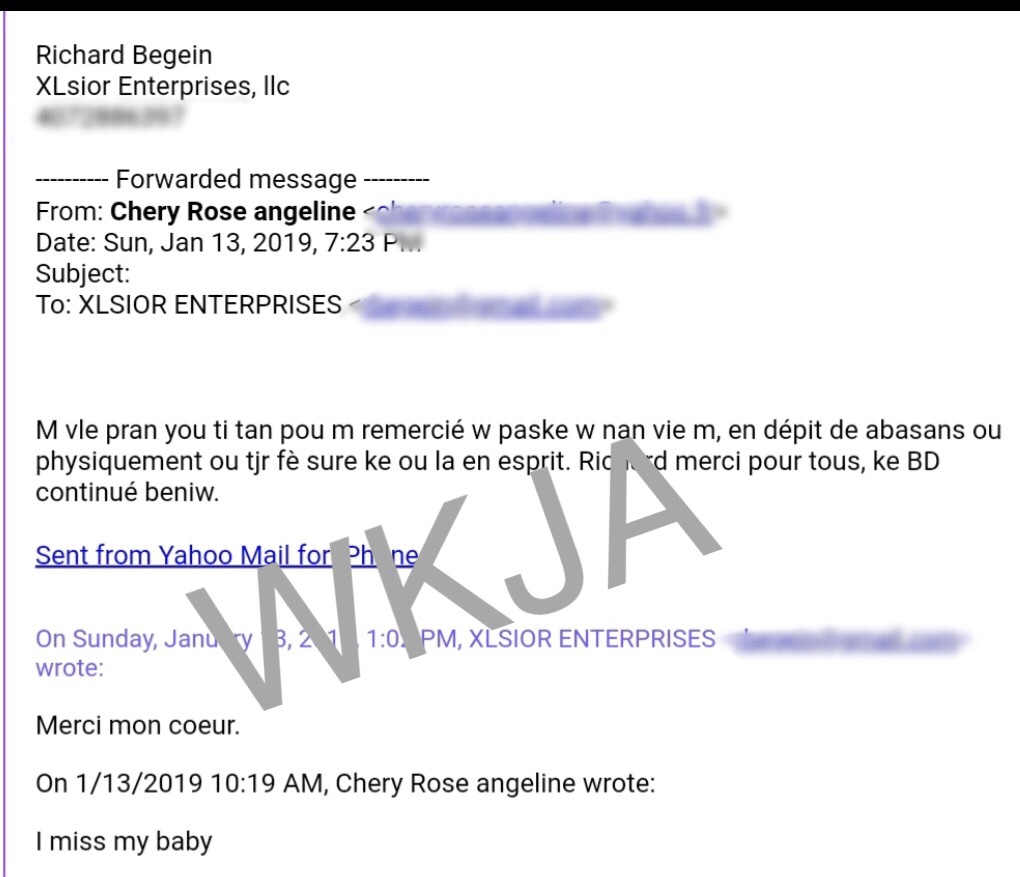 Our undercover investigator have confirmed miss Rose Angeline Chery is currently pregnant for Richard Begein. For upades, follow us on our Facebook page.

This woman says “I. Am. Done” after her husband pulls the ultimate April fools joke on her by wrapping the entire house with what seems like hundreds of dollars worth of Reynolds heavy-duty foil. She […]

February 19, 2016 WKJA Staff Haitian Culture, HMI, Music, NEWS Comments Off on WHAT??..Rutshelle gets caught cheating again..BY ROODY and they not even together no more…(Video)

WHAT??..Rutshelle gets caught cheating again..BY ROODY and they not even together no more…(Video) YOU HEARD RIGHT! Roody just caught Rutshelle using him him AGAIN. This time its not over a Trouble Boy but a Slogan. […]

Over 10 years ago, Haitian business woman came to the United States on undocumented status. She fought the immigration system for a decade, where she was unable to travel anywhere outside U.S territory. Earlier this […]