Actor Luka Sabbat who is a Haitian, American, Irish and German spotted at the 2019 Met Gala wearing something unexplained as most people are taking it. We too, are asking ourselves what did we just saw.

Sabbat is also a model, fashion stylist and an entrepreneur. He featured in many magazines such as ASSK Paris, Alfie, Mass Appeal and many others.

Sabbat made headline back last year in September when he was caught with a Kourtney Kardashian in Los Angeles outside the Nice Guy. Born on November 26, 1997, the 21-year-old is originally from New York, New York. 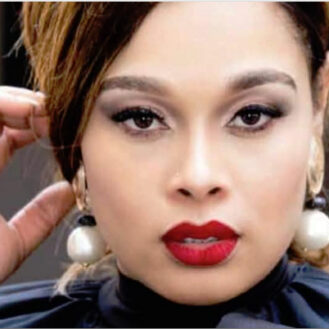 Just Call her GPS . . . Because she’s all over the map . . . Blondedy Ferdinand signs up to be an international fashion model . . . This could mean dumping the HMI (The Video)