HAITIAN girlfriend loses it, goes on a TELL-IT-ALL tour & releases sex-tape of ex-lover. He allegedly abused her financially, spiritually and physically (VIDEO).

There’s a woman everyone is taking shots at on social media after she decided to go IDGAF mode about her recent breakup. The woman whose name on Facebook as Mannie Dodoge went on the Meli Melo show with Bamarassa, telling the general public about what happened with her and her ex-lover Pierre.

According to Mannie, her and Pierre met on Instagram and since then he showed very much interest in wanting to meet up with her.  He offered to pay for her plane ticket, hotel, and food if she would accept to come see him in Florida. Mannie currently lives in Texas.

If you want the full story, we recommend watching the full live interview below. But, to summarize, Mannie got with Pierre because he offered what many other men didn’t offer her. Everything but money because she said he wasn’t making much to afford her. Mannie explains how Pierre became very obsessed with her which leads him to become an over-protective boyfriend.

The main reason according to Mannie why she is exposing him is because he called the cops on her while she had his car and didn’t want to go pick him up from work.

Over the weekend, Mannie posted these pictures to show the condition Pierre was in before her and after her: 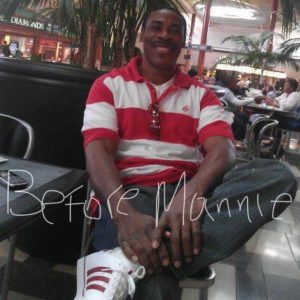 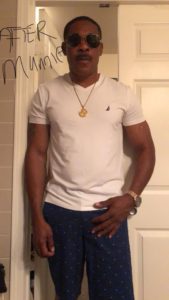 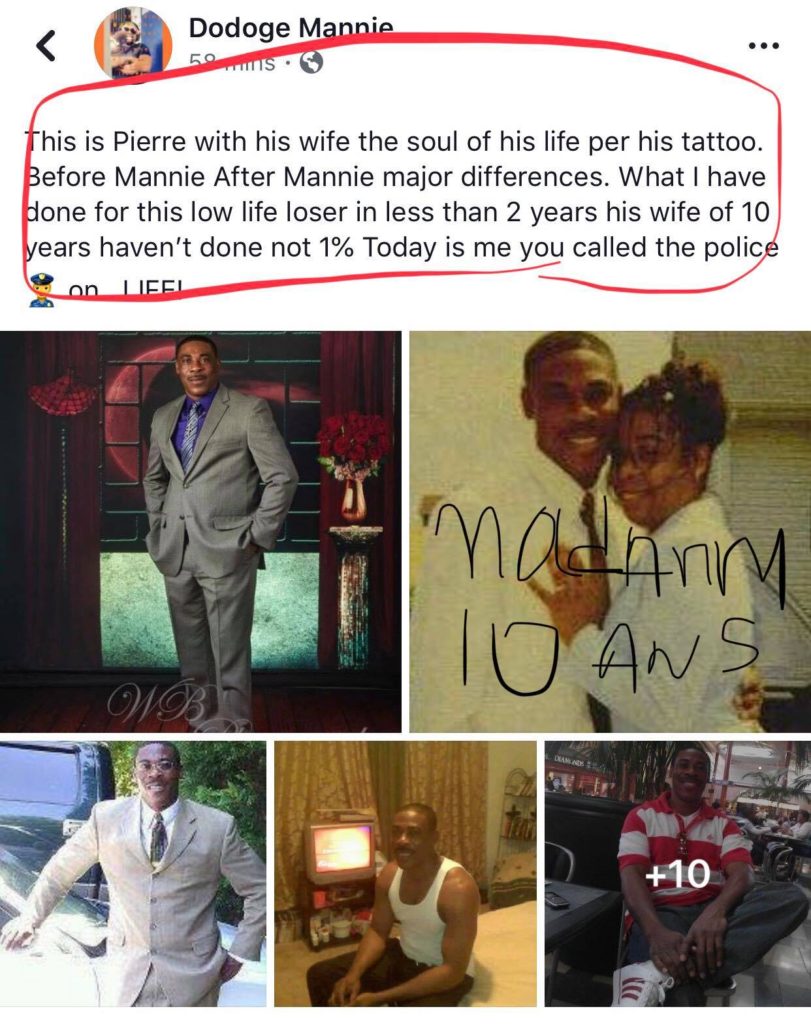 Now, Mannie felt like Pierre took advantage of her during the relationship and accused him of doing voodoo on her in order to use her for her money. But according to Pierre, he left the relationship because Mannie was seeing another guy in Haiti. A video of him on social media showing him beating an invisible individual. Some say it’s Mannie new boyfriend’s zombie.  CLICK HERE to watch the BEDROOM VIDEO! SHARE!

Here’s the Live interview for the FULL story: 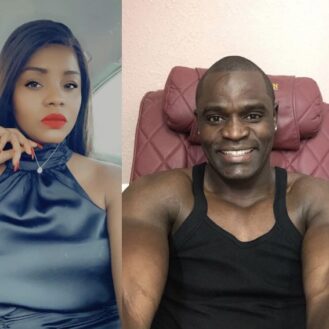 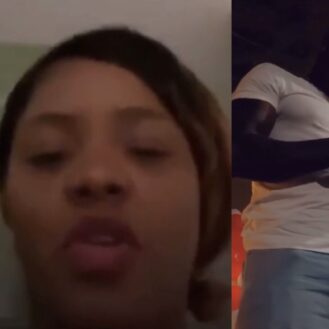 The tables turned on Haitian nurse Ajah Jdor. She gets exposed as just the side chick of the guy she kicked out her house Live (DETAILS) 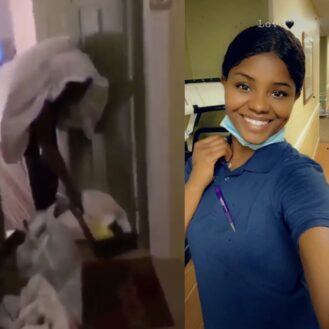